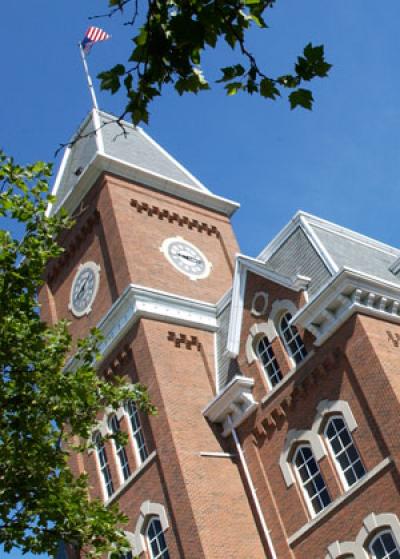 James Carlson as born in Lewiston, Idaho on November 14, 1946. He received a BS in Mathematics from the University of Idaho in 197 and a PhD from Princeton University in 1971.

He held a postdoctoral position at Stanford University (1971-1973) and an assistant professorship at eh Brandeis University (1973-75) before moving to the University of Utah in 1975, where he spent most of his career. From 1995 to 2002 he served as department chair, in which capacity he led a successful VIRGE grant proposal and oversaw several construction and renovation projects, one of which was a key element in the development and staffing of an undergraduate tutoring center. From 1980 through 2002 he was a principal investigator on and NSF grant. Prior to that he held a Sloan Fellowship, which he exercised at Harvard University (1977-78). From 2003 to 2012 Carlson served as a president of the Clay Mathematics institute. In that Capacity, he managed the process that led to the award of the first of the $1,000,000 Millennium Prizes in Mathematics. This was the prize awarded to Grigory Perelman for his solution of the Poincare conjecture.

Over the span of his career, Carlson published over forty research articles. Since his retirement in 2012, he has taught a number of courses and seminars, including at the Beijing International Center for Mathematical Research (BICMR), where he held a position for the period 2012-2016. This year he will teach a course at eh Ohio State University: Quantum Field Theory for mathematicians.