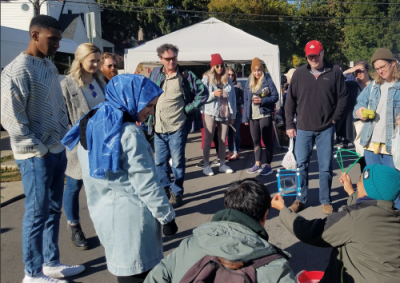 Some of the greatest joys humans can have are generated and experienced in our minds: the moment we solve a problem, when we realize a beautiful pattern or truth or when we are surprised by something. Last October at the farmers’ market in Clintonville, we had a Celebration of Mind event, where the outreach group of the Department of Mathematics celebrated these Aha! Moments by honoring one of the greatest American writers of popular mathematics and science: Martin Gardner (1914-2010).

My first encounter with Gardner was when I was a teenager at the International Book Festival in Guadalajara, Mexico, in 2000. I was looking for some interesting philosophy writers and I saw Gardner’s book, The Whys of a Philosophical Scrivener, which was recently translated into Spanish. I bought it, and it blew my mind and changed my way of perceiving reality.

Some years later, I found his Annotated Alice: The Definitive Edition, which allowed me to find and understand the riddles, word games and logic puzzles that are in this masterpiece. Years later, during my undergraduate studies, I had the opportunity to read some of the books that contained the collection of the articles from his recreational mathematics column, “Mathematical Games.” 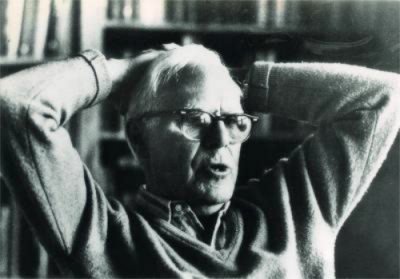 Gardner wrote Scientific American’s column “Mathematical Games” for 25 years. Mathemagician Persi Diaconis once made this comment about Gardner’s articles: “Pick up anything Martin Gardner wrote; you’ll smile and learn something.” I agree with that and will add that you’ll also be driven to share what you have learned! Diaconis and Gardner shared a passion for magic and mathematics and were very close friends; Diaconis wrote the foreword to Gardner’s posthumous autobiography Undiluted Hocus-Pocus.

A great opportunity to experience Gardner’s legacy among the mathematical community is the Gathering for Gardner (G4G), a biennial conference attended by more than 350 magicians, mathematicians, jugglers and lovers of Lewis Carroll (also known as Charles Dodgson, the mathematician from the 19th century who wrote Alice in Wonderland and Through the Looking Glass). I had the opportunity to attend G4G in 2016 and 2018. At these conferences, I was able to meet and talk to some of Gardner’s closest friends and mathematicians including Richard Guy, Elwyn Berlekamp (who recently passed away) and John Conway (with whom I played Dot and Boxes and lost every single time). I suggest readers have a look at the G4G webpage, where it is possible to find some of the recorded talks and where the proceedings of the conferences are made freely available. 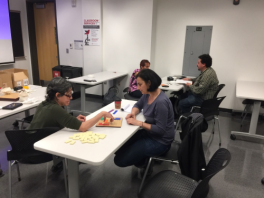 Winning Ways for Your Mathematical Games

Guy, Berlekamp and Conway are the coauthors of Winning Ways for Your Mathematical Plays (WWMP), a four-volume book where the interested reader can get well-prepared to win against Conway by learning winning strategies for the Dot and Boxes game. This wonderful book is one of the classics in Combinatorial Game Theory, a research area of mathematics that analyzes games that involve no chance.

We thank the staff, faculty, students, postdocs and their families who shared their passion and love of mathematics by participating in BAMM’s 2019 fall activities. Finally, we extend an invitation to the Ohio State mathematical community to get involved with our outreach group through our upcoming events in spring 2020, which include: talks at public libraries, workshops in schools for students of all ages, and more hands-on exhibitions for the general public. Stay informed about past and future activities on the Department of Mathematics Outreach website.

BAMM’s outreach initiative is supported by the Mathematics Advisory Board, the Department of Mathematics and the College of Arts and Sciences.

She obtained her PhD in Mathematics in May 2018 at

the Center for Research in Mathematics (CIMAT), Mexico.