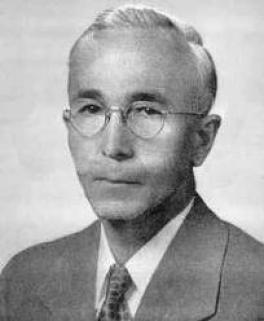 Tibor Radó was born in Budapest, Hungary on June 2, 1895 to Alexander Radó and Gizella Knappe. He studied civil engineering at the Polytechnic Institute in Budapest, before enlisting as a lieutenant in the Austro-Hungarian army in 1915 during World War I. He was captured by the Russians in 1916 and spent the next four years as a prisoner of war, mostly in a camp near Tobolsk, Siberia. There he met the mathematician Eduard Helly, and studied mathematics under the latter's tutelage in the prison camp.

Due to the chaos of the communist revolution and ensuing civil war, he was unable to return to Hungary until 1920. He then attended the University of Szeged where he studied with Alfréd Haar and with Frigyes Riesz, under whose direction he wrote his Ph. D. thesis in 1922. Afterwards he served as an assistant and Privatdozent at Szeged. In 1928 he was awarded a fellowship by the Rockefeller Foundation, which he spent working with Constantin Carathéodory in Munich and with Paul Koebe and Leon Lichtenstein in Leipzig. In 1929 he came to the U. S. as a visiting lecturer at Harvard and Rice University.

In 1930 he was appointed professor at The Ohio State University in conjunction with the establishment of a graduate program in mathematics. Radó remained at Ohio State until his retirement in 1965. He served as chairman of the Department of Mathematics in the postwar period 1946-1948, recruiting some outstanding young mathematicians, such as Marshall Hall, Jr., Henry B. Mann, Erwin Kleinfeld and Herbert Ryser. Radó also directed 21 Ph. D. theses at Ohio State.

Radó is best known for his solution of Plateau's problem: to find a surface of least area bounding a given simple closed unknotted curve in 3-dimensional Euclidean space. In 1930 Radó, and independently Jesse Douglas, were the first to give necessary and sufficient conditions for the existence of a solution (cf. [33]).

Radó made many other important contributions in conformal mappings, real analysis, calculus of variations, subharmonic functions, potential theory, partial differential equations, integration theory, differential geometry, and topology. For instance he established necessary and sufficient conditions for the triangulability of topological surfaces (cf. [11]), a result which completed more than half a century's work on the classification of compact surfaces by many major mathematicians, including Riemann, PoincarÃ©, and Weyl. In 1945 he was selected to give the American Mathematical Society Colloquium Lectures on his work on surface area (cf. [74]). He was also invited to speak (jointly with Lamberto Cesari) about this work at the International Congress of Mathematicians in 1950 in Cambridge, MA (cf. [92]). Towards the end of his life, Radó became interested in logic and theoretical computer science, particularly Turing machines. In 1962 he and his doctoral student Shen Lin discovered and analyzed an interesting example of a noncomputable function given by the so-called busy beaver problem (cf. [110]), a problem which continues to engage the interest of computer scientists to the present day.

Tibor Radó's writings and lectures were noted for their clarity and care in presentation. He was in high demand as a speaker at meetings and colloquia. In 1952 the Mathematical Association of America selected him to give the first Earle Raymond Hedrick Lectures at its summer meeting. He was also an editor of the American Journal of Mathematics and served as vice-president of the American Association for the Advancement of Science in 1953.