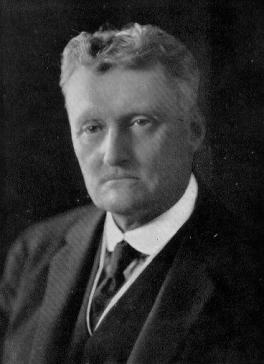 George Cary Comstock was born in Madison, Wisconsin on Feb. 12, 1855 to Charles Henry and Mercy (Bronson) Comstock. He studied mathematics and astronomy at the University of Michigan, where he received his Ph.B. in 1877. After graduation, he briefly served as assistant engineer in the U. S. Lake Survey and in a project on the improvement of the Mississippi River.

In 1879 he was appointed assistant director of the Washburn Observatory at the University of Wisconsin at Madison. There he also studied law in his spare time, and was admitted to the Wisconsin bar.

In 1885 he was appointed Professor of Mathematics and Astronomy at the Ohio State University to replace McFarland. With the aid of one assistant, he taught all the mathematics and astronomy courses, as well as courses in surveying.

Comstock was the author of many articles in astronomy, as well as several textbooks, including one in statistics.

Comstock retired from the University of Wisconsin in 1922. He died in Beloit, Wisconsin on May 11, 1934.

He was married to Esther Cecile Everett on June 12, 1894 and had one daughter Mary (Mrs. George Carey).