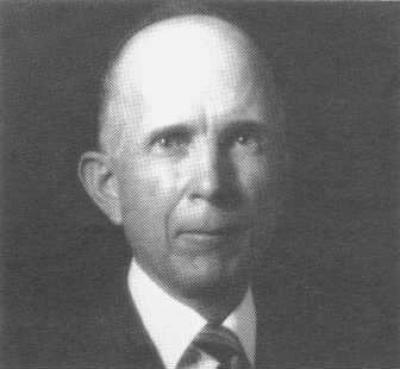 Samuel Eugene Rasor was born in Clayton, Ohio on February 21, 1873 to Henry and Malinda (Baker) Rasor. He received his B.S. from OSU in 1898, and then briefly taught at Amity College in Iowa. He then returned to OSU, obtaining an M.A. degree in 1902 and was appointed assistant professor. While on leave he studied at the University of Chicago, where he obtained an M.S. in 1906. After returning to OSU he was promoted to associate professor. He then embarked on further studies at the University of Berlin in 1910-11. He continued his career of teaching and service at Ohio State for nearly fifty years, being promoted to professor in 1912 and professor emeritus in 1943. After his retirement he continued to teach part time to meet the large demand from the large number of army trainees on campus.

Rasor was the author of several mathematical papers and three textbooks, and also translated Burkhardt's text on complex variables from German. He was the chairman of the local organizing committee for the foundational meeting of the Mathematical Association of America, which took place December 30-31, 1915 in 101 Page Hall. Subsequently he served as chairman of the Ohio section of the Association.

He was married to Vinnie Adams in 1903 and had three children, Alice Elizabeth, Eugene Adams, and Lana Harriet.

In 1946 Professor and Mrs. Rasor made a gift to the University to provide a scholarship of $60 awarded each year on the basis of a competitive written examination among freshmen students. The Rasor Scholarship Examinations have been held annually since 1947.

The Ohio State University Board of Trustees passed the following resolution in memoriam:

The Board of Trustees expresses its sorrow in the death of Samuel Eugene Rasor, Professor Emeritus of Mathematics, on October 17, 1950. A graduate of The Ohio State University in 1898, he received his M.A. here in 1902. He also earned a Master of Science at the University of Chicago in 1906. He studied at the University of Berlin in 1910-11. In 1899-1900 he taught at Amity College in Iowa and then returned to Ohio State to begin a career of teaching and service that was to extend over the next fifty years. He became Professor of Mathematics in 1912 and Professor Emeritus in 1943. Even after his retirement he continued to serve part time on the teaching staff.

Professor Rasor was well-known in the field of mathematics. For many years he was active in the American Mathematical Society and the Mathematical Association of America, participating in regional and national meetings of these organizations. He belonged to A.A.A.S., Sigma Xi, and Alpha Tau Omega. He was the author of three textbooks in mathematics.

Professor Rasor gave unstintingly of his time to the University and the community. He served on the University Entrance Board, the Executive Committee of the College of Arts and Sciences, and the Arts College Committee on Deferment during World War II. He represented the College of Agriculture in the Department of Mathematics and was Secretary of the Department. Professor Rasor held the position of Examiner for the State Medical Board and for many years was a deacon in the First Congregational Church. He was earnest, hard-working, and conscientious in all that he did and he cooperated splendidly with his colleagues. He was always ready to undertake more than his full share of the work to be done.

Professor Rasor was unusually devoted to the students at our University. His unfailing good humor and sympathy kept a steady stream of students coming to his door long after his retirement from the classroom. He leaves behind a multitude of grateful students, whose lives are enriched by having known him, and a living memorial in the form of a scholarship in mathematics set up in 1943 by Professor and Mrs. Rasor.

On behalf of the entire University the Board of Trustees expresses to the family its deep sympathy and sense of under standing in its loss. It is directed that this resolution be inscribed upon the minutes of the Board.

The following obituary appeared in the Columbus Dispatch October 18, 1950.

Retired since 1943 after 50 years' service in the OSU mathematics department, Prof. Rasor had continued to do some work in his field. He was an examiner for the Ohio State Medical Board.

A Columbus resident for 57 years, he received his bachelor's degree from Ohio State and completed further study at the University of Chicago.

He was a member of Sigma Xi and Alpha Tau Omega Fraternities, the Torch Club, the Faculty Club and First Congregational Church.