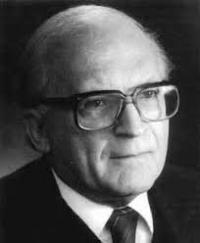 Hans Zassenhaus was born on May 28, 1912 in Koblenz-Moselweiß, Rhineland, Germany to Julius Paul and Margarete E. F. (Ziegler) Zassenhaus. In 1916 his family moved to Hamburg, where he grew up. In 1930 he began attending the University of Hamburg with the intention of studying atomic physics. However under the inspiration of his teachers Emil Artin and Erich Hecke, his interests shifted to mathematics.

Already as a student, Zassenhaus established himself as a serious mathematician. Among other things he found a new and beautiful proof (cf. [1]) of the Jordan-Hölder theorem via the celebrated Zassenhaus (butterfly) lemma. In his 1934 dissertation (cf. [2]), written under Artin's supervision, he classified 3-fold transitive permutation groups whose elements are determined by their restrictions to three points.

From 1934 to 1936 Zassenhaus worked at the University of Rostock, where he completed the first draft of his book on group theory (cf. [5]), based on Artin's lectures, which became an instant classic. In 1936 he was appointed Artin's assistant at Hamburg, where he remained for the next four years, despite the ouster of Artin by the Nazis. There he completed his habilitation (cf. [9]) on Lie rings of prime characteristic. In 1940, resisting intense pressure to join the Nazi party as a condition for retaining his position, he resigned and joined the German navy, where he worked as a meteorologist throughout World War II.

After the war he returned to Hamburg, where he was appointed chairman of the mathematics department. In 1949 he accepted a professorship at McGill University in Montreal, a position he retained for ten years. In 1959 he joined the faculty at the University of Notre Dame, where he also became the Director of the Computing Center. In 1963 he moved to The Ohio State University, at the behest of Arnold Ross, who had just become chairman after holding the same position at Notre Dame.

Zassenhaus remained attached to Ohio State even after his retirement in 1982. He died in Columbus, Ohio on November 21, 1991.

Hans Zassenhaus was married to Lieselotte Lohmann in 1942 and had three children, Michael, Angela and Peter.

Zassenhaus worked on a broad range of topics in mathematics and mathematical physics. He made important contributions to group theory, crystallography, nearfields and their applications to geometry, the theory of orders, representation theory, theoretical and computational algebraic number theory, the geometry of numbers, Lie algebras and their applications to physics, didactics and the history of mathematics.

Hans Zassenhaus' work had a huge impact on many areas of mathematics. The permutation groups studied in his Ph. D. thesis [2], now known as Zassenhaus groups, played a decisive role in later work of Walter Feit, Michio Suzuki and Noburu Ito, which started the thirty year effort to classify the finite simple groups. Zassenhaus' habilitation [9] on Lie rings not only laid the groundwork for all future research in modular Lie algebras, but also played a key role in Suzuki's work on Zassenhaus groups. Later it paved the way for Efim Zelmanov's solution of the restricted Burnside problem. The group-theoretical results he developed in his work on nearfields [4] were crucial to the solution of the Clifford-Klein space form problem: the classification of spaces of constant positive curvature.

One common theme which runs through Zassenhaus' work is a constructive algorithmic point of view, as opposed to the abstract Bourbakist philosophy which dominated mathematics in the middle of the 20th century. He pioneered the use of computers as a research tool in mathematics, particularly algebraic number theory. In 1959 he, together with Olga Taussky and E. C. Dade, carried out computer experiments investigating the structure of ideal classes (cf. [38]), which led to the solution of a problem of Hasse about quintic fields (cf. [79]). Subsequently Zassenhaus proposed a program for the development of methods for the efficient computation of the following four invariants of a given algebraic number field: the Galois group, an integral basis, the group of units, and the class group. He made considerable contributions to all four tasks, culminating in his book [174] with Michael Pohst. He also made fundamental contributions towards effective algorithmic methods for factoring polynomials and for analyzing real and complex Lie algebras (joint work with the physicists J. Patera and P. Winternitz).

Zassenhaus also left a lasting legacy through his numerous Ph. D. students and other young mathematicians he took under his tutelage.

Zassenhaus was a prolific writer and lecturer. He liked to travel, and was a frequent visitor to various universities in the U. S., Canada and Europe. Besides his numerous research papers and lecture notes, he also wrote some insightful papers on the history of mathematics (e.g., [113]), and the teaching of mathematics (e.g., [112]). He also liked to teach mathematics from the historical point of view. He was very enthusiastic about teaching young and gifted students, participating in the Arnold Ross summer school program for talented high school students whenever he could. He was also one of the founding editors of the Journal of Number Theory.