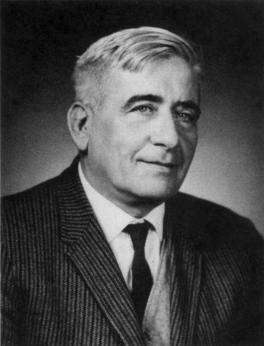 Henry B. Mann, our friend and former colleague, passed away on February 1, 2000 in Tucson, Arizona. A mathematician of international fame, Mann, in a career of more than fifty years, made significant contributions to algebra, number theory, statistics, and combinatorics.

Henry Mann was born October 27, 1905, in Vienna to Oscar and Friedrike (Schönnhof) Mann. He received his Ph.D. degree in mathematics in 1935 from the University of Vienna where. as a student of Philipp Furtwängler, he wrote his dissertation in algebraic number theory. After a year of teaching school in Vienna and a couple of years spent in research and tutoring, he emigrated in 1938 to the United States.

In New York he earned his living for several years primarily by tutoring. He had by then developed an interest in mathematical statistics, particularly in the analysis of variance, and in the problem of designing experiments with a view to their statistical analysis. He later contributed to this subject in a number of research papers and in his book (1949) "Analysis and Design of Experiments."

From these two rules Schnirelmann obtained (readily) the result that any set having positive density is a basis for the integers (that is, if $\alpha > 0$, then the sum of $A$ with itself sufficiently many times contains all positive integers). As an application of these ideas, Schnirelmann proved (for the first time) the existence of a value $k$ such that every integer greater than 1 is the sum of at most $k$ primes. This he did by showing that $P + P - P$ is the set of primes together with 1 - has positive density, hence is a basis of the integers.

Out of further study of these ideas by Schnirelmann and by E. Landau, there arose the conjecture that (1) and (2) may be replaced by the much stronger statement $(*)$: Either $\gamma \ge \alpha + \beta$ or $C$ contains all positive integers.

This conjecture, appealing in its apparent simplicity, soon attracted wide attention. Many distinguished mathematicians attempted to find a proof; indeed, partial results were obtained over the next decade by E. Landau, A. Khintchine, A. Besicovitch, I. Schur, and A. Brauer.

It was this conjecture that Mann succeeded in proving in 1941. His interest in the problem had been aroused through the lectures of A. Brauer at New York University. Actually, he proved the still sharper statement:

For his proof he was awarded the Cole Prize in Number Theory by the American Mathematical Society in 1946. The technique that Mann introduced in his proof, and its various modifications, have led to further important results in additive number theory and have also proved useful in the more general setting of additive problems in groups.

In 1942 Mann was the recipient of a Carnegie Fellowship for the study of statistics at Columbia University. At Columbia he had the opportunity of working with Abraham Wald in the department of economics, which at that time was headed by Harold Hotelling. He taught for a year (1943-1944) in the Army Specialized Training Program at Bard College; he spent a year (1944-1945) as research associate at Ohio State University, and six months as research associate at Brown University. In 1946 he returned to Ohio State to join the mathematics faculty where, as associate professor (1946-1948) and full professor (1948-1964), he was actively engaged in teaching and research for many years. After retiring from Ohio State, he held professorships at the University of Wisconsin Mathematics Research Center from 1964 to 1971, and at the University of Arizona from 1971 until his second retirement in 1975.

Mann's research interests in algebra and combinatorics covered a wide range. He had a special fondness, though, for algebraic number theory and Galois theory. and imparted his enthusiasm for these subjects to many students over the years. Besides his dozen or so papers that contribute directly to these subjects, several of his papers on difference sets and coding theory contain beautiful applications of theorems on algebraic numbers and Galois theory.

Bibliography of Henry B. Mann