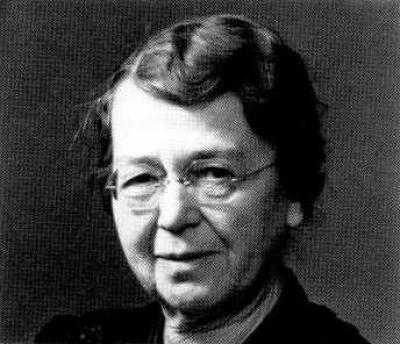 Grace Marie Bareis was born in Canal Winchester, Ohio on December 19, 1875, to George Frederick and Amanda (Schoch) Bareis. She received her A.B. degree (first honors) from Heidelberg College, Tiffin, Ohio in 1897. She was a graduate student at Bryn Mawr College from 1897 to 1899 and also did graduate work at Columbia University. From 1902 until 1906 she taught mathematics and science at Miss Roney's School in Philadelphia, PA. She then became a graduate student at The Ohio State University, and in 1909 became the first person to receive a Ph.D. in mathematics from The Ohio State University. Her dissertation was on "Imprimitive Substitution Groups of Degree Sixteen," written under the supervision of Harry W. Kuhn and published by the Lancaster Press, Lancaster, PA. Bareis became an assistant professor of mathematics at The Ohio State University in 1908. She taught at Ohio State until her retirement as associate professor emeritus in 1946. However, she continued to teach for two years after her retirement because of the shortage of mathematics instructors to teach the returning veterans.

In 1948 Bareis gave $2000 to The Ohio State University for a fund to award prizes on the basis of written contests open to sophomores at Ohio State. The Grace M. Bareis Mathematical Prize was first awarded in 1949 and the competitions have been held annually since then.

In 1964, Heidelberg College named its newly constructed center for the physical sciences the Bareis Hall of Science in honor of Professor Bareis and her father.

The Ohio State University Board of Trustees passed the following resolution in memoriam.

The Board of Trustees expresses its sorrow at the death on June 15, 1962 of Grace M. Bareis, Assistant Professor Emeritus of Mathematics.

Professor Bareis dedicated her life to the profession of teaching. She received her A.B. degree from Heidelberg College (Ohio) in 1897 and had been a member of its Board of Trustees since 1934. After attending Bryn Mawr College, she taught at Misvania. Coming to The Ohio State University as a fellow in 1906, she earned her Ph. D. in 1909. She remained here as a teacher for nearly forty years until her retirement in 1947.

The following obituary appeared in the Columbus Dispatch June 16, 1962.

Although she maintained a home at Canal Winchester, Dr. Bareis had lived for 26 years with a friend, Miss Margaret F. Jones, of 164 13th Ave. Dr. Bareis died there.

She graduated from Heidelberg College in 1897 and did graduate work at Bryn Mawr College and Columbia University. She came to OSU in 1906 and received her doctorate in mathematics in 1909.

Dr. Bareis had been a member of the Heidelberg College Board of Trustees since 1934 and received an honorary doctorate there in 1950.

She taught at OSU for two years after her retirement in 1946 because of the shortage of instructors following World War II.

Funeral service will be at 2 p.m. Monday in the Evangelical and Reformed Church, Canal Winchester. Burial will be in Union Grove cemetery by Grimes funeral home.