The Rasor-Bareis-Gordon exam is a mathematics contest for OSU undergraduates.

History of the Rasor-Bareis-Gordon Exam

The Department of Mathematics at Ohio State offers three undergraduate contests with monetary awards: the Rasor Contest for Freshmen, the Bareis Contest for Sophomores, and the Gordon Contest for Juniors and Seniors. For this exam, the rank of a student is determined by the mathematics courses that student has taken. There have been mathematics competitions at OSU every year since 1947, except for 1970 when the university was closed. 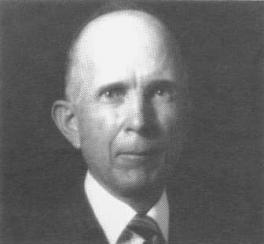 The Rasor Scholarship Examination was first given in 1947. Professor Samuel Eugene Rasor (1873-1950) received his B.S. in 1898 and M.A. in 1902 at Ohio State, and earned an M.S. in 1906 at the University of Chicago. He also studied at the University of Berlin in 1910-11. He was the author of several mathematical papers and three textbooks, and also translated Burkhardt's text on complex variables from German. He was the chairman of the local organizing committee for the foundational meeting of the Mathematical Association of America, which took place December 30-31, 1915 in 101 Page Hall. He continued his career of teaching and service at Ohio State for nearly fifty years, being promoted to Professor in 1912 and Professor Emeritus in 1943. He was immediately recalled to teach mathematics to the large number of army trainees on campus. In 1946 Professor and Mrs. Rasor made a gift to the University to provide a scholarship of $60 awarded each year on the basis of a competitive written examination among freshmen students. 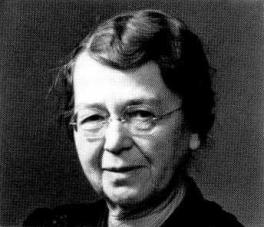 The Grace M. Bareis Mathematical Prize was first given in 1949. Professor Grace Marie Bareis (1875-1962) received her A.B. from Heidelberg College (in Tiffin, Ohio) in 1897, did graduate work at Bryn Mawr College and Columbia University. She came to Ohio State in 1906. In 1909 she became the first person to earn a doctorate in mathematics at Ohio State. She was an Assistant Professor in 1908 and became an Associate Professor Emeritus in 1946. She continued to teach for two years after retirement because of the shortage of mathematics instructors to teach the returning veterans. In addition in 1935 she was appointed to the Board of Trustees of Heidelberg College. In 1948 Miss Bareis gave $2000 to the university for a fund to award prizes on the basis of written contests open to sophomores at Ohio State. The first of these contests was held in 1949.

The Kate Deterly Gordon Fund was established in 1972 with a contribution made by Ruth Gordon in memory of her mother. Income from the fund was designated for the higher education of individuals, especially those talented in mathematics. Because of high interest rates in the l970's, a surplus of money accumulated in the Gordon Fund, and in 1980 the department instituted the Gordon Prize Exam for upper division students, to parallel the Rasor-Bareis examinations.

[pdf] - Some links on this page are to .pdf files. If you need these files in a more accessible format, please email webmaster@math.osu.edu. PDF files require the use of Adobe Acrobat Reader software to open them. If you do not have Reader, you may use the following link to Adobe to download it for free at: Adobe Acrobat Reader.