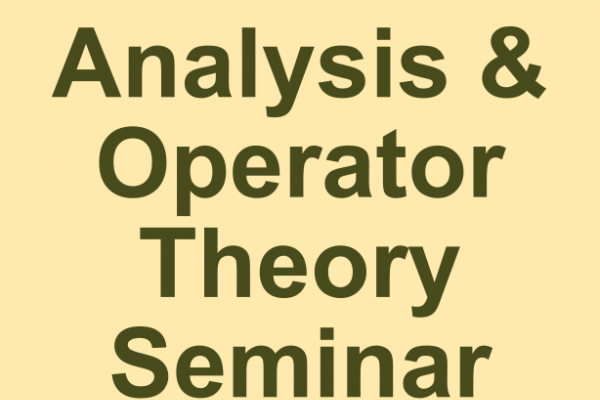 Abstract:  Quantum Markov semigroups (QMS) are noncommutative generalizations of
classical Markov semigroup, where the underlying probability spaces are replaced by operator algebras. Quantum Markov semigroups model open quantum systems weakly interacting with an environment. As such, they have received considerable attention from the community of quantum information science. One of the fundamental functional inequalities for QMS is the noncommutative analog of the (modified-)logarithmic Sobolev inequality ((M-)LSI). It is well-known that classical LSI (resp. MLSI) satisfies the so-called tensorization property. This property is crucial in showing the equivalence between LSI and Talagrand’s concentration inequality. It turns out tensorization is not satisfied in general by the quantum analog of LSI and MLSI. One partial solution is to introduce the concept of a complete modified logarithmic Sobolev inequality (CLSI). This definition naturally satisfies tensorization property. Two central problems in the study of CLSI are: (1) obtain tight estimates of CLSI constant, and (2) calculate CLSI constant in realistic physics models. In this talk, we will focus on solving one instance of the second problem: the so-called Dicke’s superradiance model in quantum optics. Mathematically, this model is intimately related to the tensor representation of SU(2). We will provide a framework to calculate the CLSI constant for this model. Using the same framework, we will also obtain CLSI constant for some other interesting models including models involving QMS on type III von Neumann algebras. The last example opens the door to study second quantized open quantum systems. This talk is based on the manuscript: https://arxiv.org/abs/2209.11099.