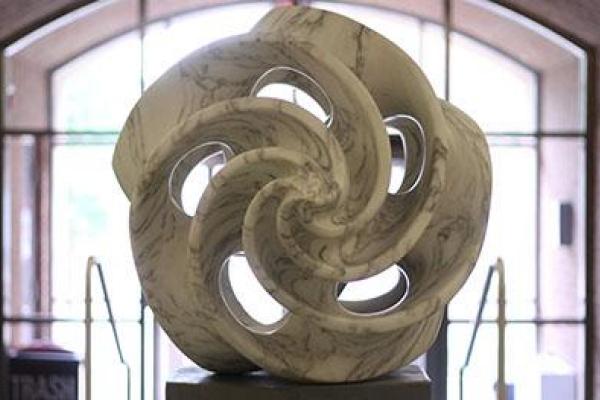 Abstract: The last decade has witnessed great interest in the study of divisors of graphs and a fascinating combinatorially-rich picture has emerged. The class of break divisors has attracted particular attention, for reasons both geometric and combinatorial. I will present several representation-theoretic results in this context.

I will demonstrate how certain quotients of polynomial rings by power ideals, already studied by Ardila-Postnikov, Sturmfels-Xu, Postnikov-Shapiro amongst others, arise by applying the method of orbit harmonics to break divisors. These quotients then naturally afford symmetric group representations which are not entirely understood yet. By describing the invariant spaces of these representations in terms of break divisors, I will answer a combinatorial question from the setting of cohomological Hall algebras.