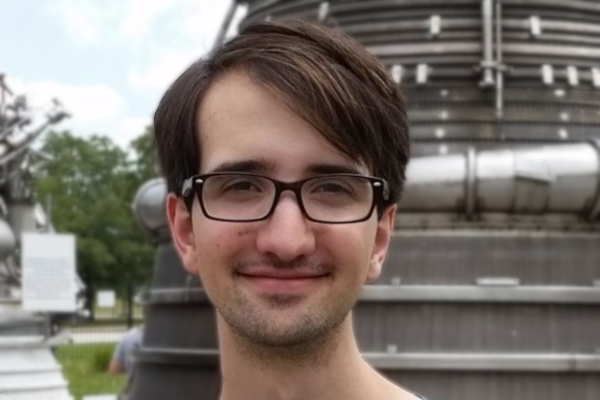 Benjamin Call has been awarded a Presidential Fellowship by the Ohio State Graduate School.

The Presidential Fellowship recognizes truly outstanding scholarship among doctoral students and provide recipients with a full year of support during the completion of their dissertations. This spring semester’s competition has been particularly fierce since only about ten awards, half the usual amount, were made. Nominations were submitted for the most outstanding students from 94 doctoral programs across the entire OSU campus.

Ben received his bachelor's degree from the University of Chicago in 2016, where he already acquired an interest and substantial background in dynamical systems and ergodic theory. He joined our doctoral program in the same year supported by a first-year University Fellowship and very quickly began to focus on his future specialization. Ben elected Professor Dan Thompson already in the summer following his first year of study and has since become an expert in the thermodynamic formalism of dynamical systems and ergodic theory and its connections to geometry.

Ben has, thus far, completed four high quality research articles, on one of which he is the sole author. One of his papers has already been published in a strong journal in dynamical systems and another has received a positive referee report from a highly ranked general mathematics journal. The letter writers for the nomination are leading researchers in his field and  single Ben out as one of the few top students in dynamics in the nation at his career stage. They highlight the remarkable breadth, the highly advanced technical expertise, and the significant impact on central question of Ben’s contributions, which are already being used by experts.

Ben has also provided exemplary service to the community as, for example, the organizer of two regional conferences as well as the lead organizer of the Directed Reading Program in our department over the past 3 years.