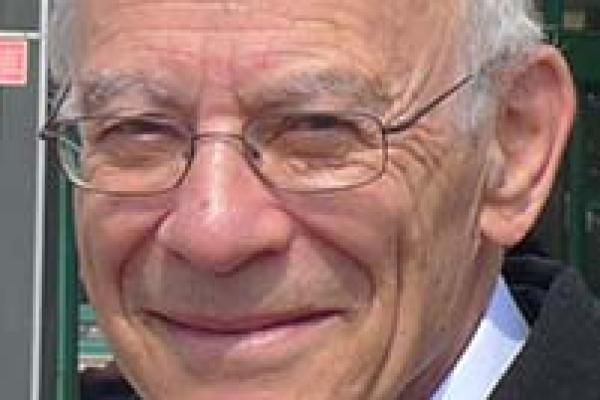 Avner Friedman, Distinguished University Professor in the Mathematical Biosciences Institute & Department of Mathematics, co-authored a new article on a novel spatial model for myocardial infarction, or heart attack. According to the CDC, heart attacks affect about 805,000 people in the United States annually, and heart disease is the leading cause of death for men, women, and people of most ethnic groups in the United States. This is an intensely studied disease in the medical community where theoretical mathematical models play an increasingly important role.

The Friedman model predicts useful new drug combinations that can significantly improve recovery from acute myocardial infarction. The model is represented by a system of differential equations based on a network of complex interactions between cells in the infarcted area and using mice data. From the abstract of the article:

"The drugs used to in the model include IL-1, TNF- and TGF- inhibitors, and the delivery of VEGF. The model is based on mice data. In particular, we find that immunomodulatory treatment with TNF- and IL-1 inhibitors can significantly increase the low density of myocytes bordering the infarct area by 50–60% and decrease the abnormally high density of ECM in a region surrounding the infarct area."

The article is titled "A mathematical model of immunomodulatory treatment in myocardial infarction," and appeared in the Journal of Mathematical Biology in July. The lead author is Nicolae Moise in the Department of Biomedical Engineering at The Ohio State University.

Professor Friedman served as the Director for Mathematical Biosciences Institute 2002 - 2008.  A few of his honors include membership in the National Academy of Sciences and the American Academy of Arts and Sciences.