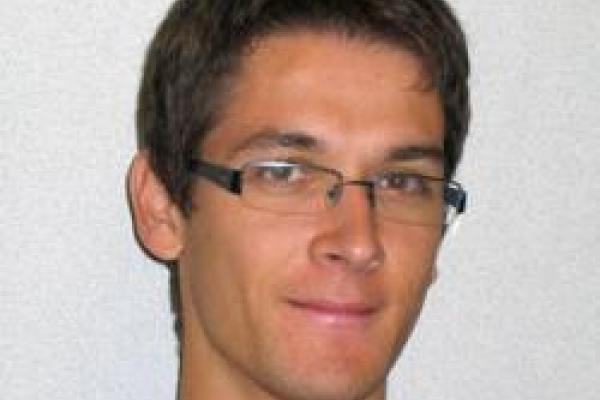 Our former student Joel Moreira has been awarded the 2020 Michael Brin Dynamical Systems Prize for Young Mathematicians, given to outstanding researchers in dynamical systems within 4 years after Ph.D.. This prize is awarded bi-annually since 2016, and carries a cash award of $4,000. The prize was presented to Dr. Moreira at the Penn State workshop in dynamical systems last week, followed by a talk by him. Dr. Moreira’s advisor at OSU was Vitaly Bergelson.

Dr. Moreira was recognized by the prize committee for “his outstanding work on ergodic Ramsey theory and his joint proof of the Erdős sumset conjecture.” The joint proof highlighted in the award citation is with our former students Donald Robertson and Florian Richter, who were both advised by Professor Bergelson as well. Dr. Moreira adapts ideas from ergodic Ramsey theory, captured by Furstenberg’s Correspondence Principle, to solve two long-standing Ramsey-type problems. His work has appeared in some of the top mathematical journals.

Dr. Moreira graduated from our doctoral program in 2016, having completed his Bachelors degree at the University of Coimbra in Portugal. He spent several postdoctoral years at Northwestern University, and is now an assistant professor at Warwick University in the UK. He was previously awarded the prestigious Presidential Fellowship by the OSU's Graduate School.